Our story began in the mid-1970s when “Almonte Community Builders" was established. Community members came together to build affordable housing for low-income families, working closely with the Town Council. The result was a successful application to the Ontario government for a neighbourhood improvement grant to service an available tract of land, and funding from the Canadian Mortgage and Housing Corporation for construction of affordable housing.

The group incorporated itself as the Almonte Community Development Corporation Inc. (ACDC) on December 9th, 1975. ACDC constructed 12 family units on Norton Street. This first project was completed in 1978 and named the Gail Thomson Residences in honour of one of the founding members of ACDC.

For more than four decades, we have continued to respond to community needs through seniors services, affordable housing and developmental services.

Milestones through the 1980s

Milestones through the 1990s

Milestones from 2000 to today

In preparing for the new millennium, the Corporation decided to change the name of the organization to reflect the amalgamation of Almonte, Pakenham and Ramsay townships into what is now known as Mississippi Mills. The goal was also to recognize Stanley Mills, one of its founding members and past Chair. We became Mills Community Support Corporation (MCS).

Be a part of Carebridge Community Support 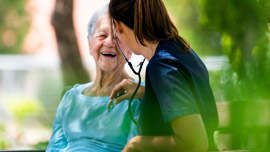 Be a part of our team 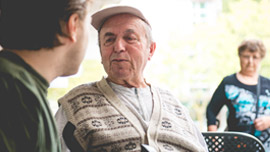 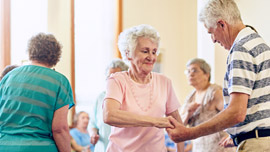 Carebridge Community Support connects and is a catalyst for fostering stronger, caring, person-centred communities across Lanark County by working together to meet the needs of seniors, adults with developmental disabilities and those who need affordable housing.